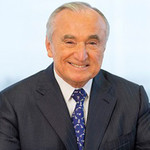 Mr. Bratton is currently Senior Managing Director of Teneo Holdings, a global CEO advisory firm, and Executive Chairman of its Teneo Risk division. Mr. Bratton also serves as the Vice Chairman for the Secretary of Homeland Security's Advisory Council.& Mr. Bratton has over 40 years of experience in law enforcement, including as Chief of the Los Angeles Police Department and Commissioner of the New York City and Boston Police Departments. Mr. Bratton previously served as a member of ShotSpotter's Board of Directors, from April 2013 until December 2013, when he resigned in order to serve his second appointment as Commissioner of the New York City Police Department. 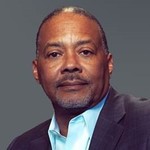 Ralph A. Clark brings 30 years of extensive corporate, financial and organizational leadership to his position as ShotSpotter’s President and Chief Executive Officer. Most recently, Clark was CEO of GuardianEdge Technologies Inc., where he led the transformation of the company into a leader in endpoint data protection and was instrumental in its acquisition by Symantec.

Prior to GuardianEdge, Clark served as Vice President of Finance for Adaptec through its acquisition of Snap Appliance, which he helped engineer. He was responsible for worldwide financial planning and analysis of Snap Appliance, serving as its Chief Financial Officer. Previous to his role at Snap Appliance, he worked at several venture capital backed start-up companies, leading several to successful acquisitions. Early in his career, Clark held executive sales and marketing roles at IBM; post business school he was an investment banker at Goldman Sachs and Merrill Lynch.

Clark received the 2019 EY Entrepreneur Of The Year® Award for Northern California. He is a former board member and chair of Pacific Community Ventures, former board member and chair of the Oakland Boys and Girls Club, former trustee and Vice-Chair of the Oakland Museum of California, is a member of Harvard Business School’s California Advisory Board and is a trustee of the American Conservatory Theater. He holds a B.S. in economics from the University of the Pacific and an M.B.A. from Harvard Business School. 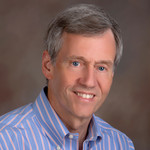 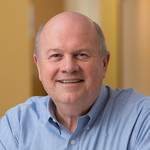 Randall Hawks, Jr. has served as a member of our board of directors since 2006. Mr. Hawks is a partner at Claremont Creek Ventures, a venture capital firm where he has been since June 2005. From 1984 to 2000, Mr. Hawks was the Executive Vice President and Chief Operating Officer and Director at Identix Incorporated, an identity protection company. Mr. Hawks also has held various senior management positions at Captiva Software Corp., Texas Instruments, ITT Information Systems and AT&T Paradyne. He has also served on the board of directors of EcoATM, SmartZip, Inapac, Invivodata, Flytecomm, View Central and Be Here. Mr. Hawks holds a B.S. in Electrical Engineering from the University of Arkansas. Our board of directors believes that Mr. Hawks's experience investing in technology businesses and his service on numerous boards of directors qualify him to serve on our board of directors. 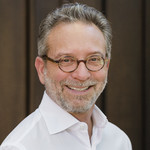 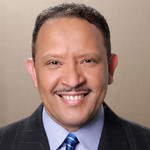 Marc Morial has served as a member of our board of directors since September 2015. Since 2003, Mr. Morial also has served as the President and Chief Executive Officer of the National Urban League, a civil rights organization dedicated to economic empowerment in order to elevate the standard of living in historically underserved urban communities. From 1994 to 2002, Mr. Morial served as the Mayor of New Orleans, Louisiana. Prior to serving as Mayor of New Orleans, Mr. Morial held other various positions in public office and nonprofit management. Mr. Morial has a B.A. in economics from the University of Pennsylvania and a J.D. from Georgetown University. Our board of directors believes that Mr. Morial's experience in serving underserved urban communities, local governments and community organizations qualifies him to serve on our board of directors. 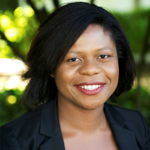 Merline Saintil is a widely recognized technology and industry leader and an advocate for women in technology and leadership. She holds many honors including recently being named No. 6 of the 22 Most Powerful Women Engineers in the World by Business Insider magazine, being recognized as a Women of Influence 2017 by Silicon Valley Business Journal, and earning a Lifetime Achievement Award from Girls in Tech. She currently holds the position of Chief Operating Officer, R&D and IT, for Change Healthcare and also serves on the boards of Banner Bank (NASDAQ: BANR) and Nav. Inc., a private technology company. Previously she served on the boards of two non-profits, Watermark and Iridescent. Earlier in her career she held positions with Joyent, PayPal and Sun Microsystems. Saintil earned her M.S. degree in Software Engineering Management from Carnegie Mellon University and her B. S. degree in Computer Science from Florida Agricultural and Mechanical University.